Edmonds City Council on Tuesday night voted 4-3 to approve the temporary extension of designated street fronts in some areas of downtown Edmonds BD2, ensuring that the city moratorium on building permit applications expires before the expiration of the city moratorium.

The decision – assisted by councilors Vivian Olson, Diane Buckshnis, Kristiana Johnson and Neil Tibbott – concerns a proposed 24-unit apartment building for the 600 block of Main Street located in the BD2 area. Citing concerns about this development proposal, the city council approved a moratorium on building permits in the BD2 area at its Feb. 15 meeting. The purpose of the moratorium on projects that do not comply with City Street standards is to give staff time to create interim standards to address gaps in the code that applies to those sites.

According to the city code, new buildings in the BD2 area must be located on a street front with a new floor level with commercial use, at least 12 meters high. New buildings located outside the indicated street front, on the other hand, do not have to be on the first floor for commercial use and can only be multi-family dwellings.

Last month, the council approved the interim design rules recommended by the staff and also extended the moratorium until June 2. The idea was to give staff time to research a topic that had been covered in previous city council discussions: Whether it was appropriate to expand the boundaries of city appointments. business area map to require at least commercial use of new structures in that area.

The answer to this question came in the form of a report, composed of Ota’s advisers, which recommended not to widen the street fronts designated to the municipality. Expanding the consultant’s findings, Edmonds Development Services Director Susan McLaughlin stated that “the risks associated with the long-term absorption of retail space (supply and demand) along with the drastic reduction in rental housing units would make mixed-use projects viable.”

Although statistics on commercial offices in downtown Edmonds show a stable market, the vacancy rate for 425 multi-family housing units in downtown is 1%, indicating poor supply and high demand. 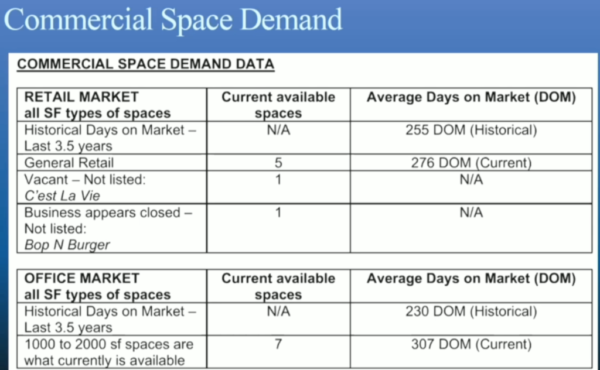 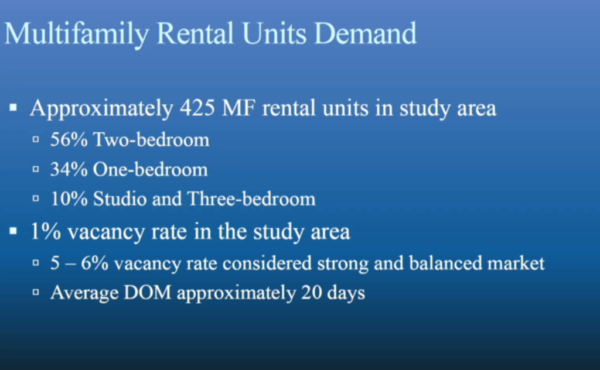 In a question-and-answer session with City Council members, McLaughlin noted that the current zoning in the center can already be adapted to many uses: retail, commercial, and residential. “If we extended the street façade, it would limit what developers can do there and we may not see any development in the short term. And when it comes to limiting the housing potential to build downtown residential units, staff believe this is problematic because we have a very, very low supply, ”he said.

Councilor Tibbott, who initially raised the idea of ​​extending pre-street zoning beyond current boundaries, reiterated that he believed it was the right thing to do with the extension. “One of my concerns is that as our downtown grows and (becomes) stronger and stronger, we will be left without that kind of space for our downtowns,” Tibbott said.

Councilor Laura Johnson, who was against the ordinance, asked why councilors are not focused on addressing the current housing shortage, rather than worrying about the loss of retail.

“We have a shortage of housing. We should have a multi-family priority, not a fight against it, “he said. He also noted that Otak’s report suggested that the city should increase the height of buildings by 2 to 5 feet to better accommodate mixed-use development. “Then let’s talk about increasing height,” Johnson said.

Explaining this concept further, McLaughlin noted that the height of the 12-foot ground floor makes it adequate space for commercial offices to make it difficult to add two floors of the home. Some Edmonds developments – including mixed-use apartments in 2nd and Main – have tackled this by building a lower-level commercial space. An increase in the current 30-foot height limit in downtown Edmonds — even 2 feet — would give developers “three solid floors,” which would then lead to a pencil for mixed-use development, he said.

“Although it’s difficult to apply to Edmond City Council (raising the height limit),” McLaughlin said, “… If the council is willing to help, yes, I think it’s a strong recommendation to get what we want – mixed-use development. .

In proposing the ordinance to widen the indicated street front, Council President Olson stated that it was a temporary measure that would give the Edmonds Planning Commission time to discuss the implications and also allow the public to measure them. (That was especially true since Ota’s report to the council on Monday night was critical for some councilors, with little time to review.) Olson’s motion also included a recommendation to change the language on the authorized use board for the BD field to remove ambiguity.

Laura Johnson proposed an amendment to remove the street front extension designated by the ordinance, leaving only the language corrections, but this amendment failed by a margin of 3-4 (Will Chen, Susan Paine and L. Johnson voted and Buckshnis, K. Johnson , Against Olson and Tibbott). In voting on Olson’s original motion, Chen agreed with Laura Johnson and Susan Paine to oppose the ordinance, stating that he needed more time to reflect before voting.

A public hearing on the July 19 municipal ordinance has been set.

In other actions on Tuesday night, the council held a public hearing on how the city has so far allocated $ 11.9 million to recover the U.S. Rescue Plan Act (ARPA) $ COVID-19. The agenda item did not generate much public testimony, but councilors admitted that they wanted to talk later about moving funds from one area to another. Currently, the money goes to city spending ($ 750,000), home help ($ 4.15 million), business support ($ 1.1 million), non-profit support ($ 500,000), job recycling ($ 600,000), and green infrastructure. $ 4.8 million).

The council will not meet next week as it is the fifth Tuesday of the month.