A new effort at the University of Washington aims to accelerate eDNA research by supporting existing projects and building a network of practitioners to advance in the beginner field. Called eDNA Collaborative, the team is headquartered in the Environmental Association with the management and program staff of the School of Maritime and Environmental Affairs.

For about a decade, scientists have been working on the craft of using genetic material in the environment – known as eDNA – to detect and control organisms in environmental science and conservation. In the marine environment, for example, scientists can collect water samples from a specific location and then extract DNA to detect which species were recently in that area without ever seeing the animal itself.

This molecular spell is becoming routine for scientists — even though the U.S. military is committed to using eDNA to map the locations of marine mammals — and eDNA Collaborative aims to help technicians make the leap to people and governments for everyday use. nonahi.

It can be difficult to control and collect data in large areas using standard techniques for observing and counting different species, and eDNA techniques are intended to complement standard approaches to data collection and monitoring. These data can then inform state and federal wildlife conservation and management decisions. For example, the group helped spread a molecular method to help Washington find invasive European green crabs while threatening to invade the waters of Puget Sound. These practical applications turn technology from an interesting niche into a basic agency-based tool. 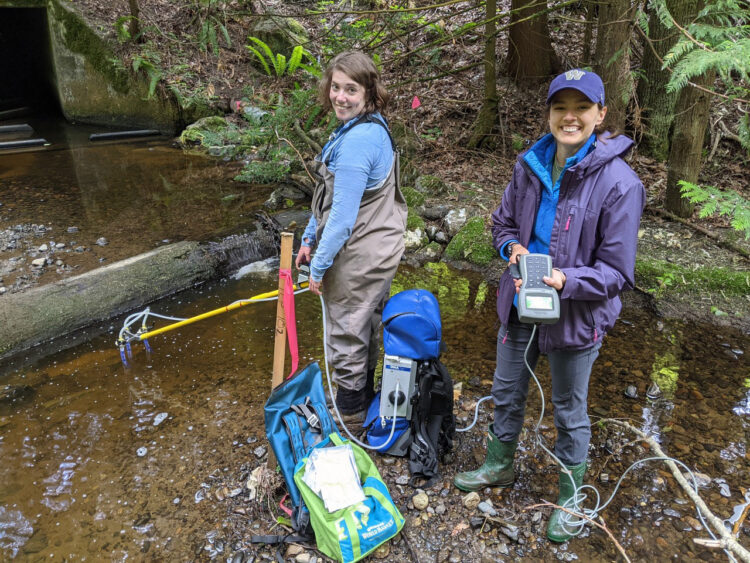 Postdoctoral researcher Erin D’Agnese, left, and chief scientist Eily Andruszkiewicz Allan sample water near a hole in a stream west of Washington. The team is using eDNA to monitor the presence of salmon in streams to measure the effectiveness of hole replacement projects in the state. Jenna McLaughlin

“Experimentation is about how technologies are developed, and like the early days of any new technology, the idea is a soup with eDNA research,” Kelly said. “While people are still guessing, we don’t want to set standards from the top down. We want to promote good practices without undermining creativity. That’s what this partnership is all about: accelerating the field from the bottom up. “

The initiative will focus on three main areas: supporting eDNA research projects at UW; donating seed money to new eDNA research actions outside the UW and the United States; and support a visitor program to connect eDNA professionals and encourage networking and information sharing. The aim is to put more of the techniques developed in the laboratory into practice in the field, helping the best ideas to emerge more quickly. 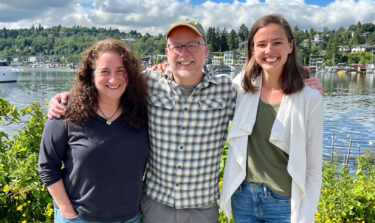 The partnership is initially funded by a $ 1 million grant from the David & Lucile Packard Foundation. The group recently received a $ 7.5 million grant from the U.S. Navy — in collaboration with the National Oceanic and Atmospheric Administration and the Scripps Institution of Oceanography — for a five-year eDNA project to map the locations of marine mammals in the ocean.

The goal is to help the U.S. Army reduce damage to marine mammals by better understanding where these animals are in space and time. Most eDNA sampling activity will begin this fall and will focus around Seattle and San Diego. eDNA methods will be incorporated into other existing work, including visual and acoustic surveys, to eventually make an estimate of the presence of marine mammals in the ocean on the West Coast.

Other ongoing projects include: